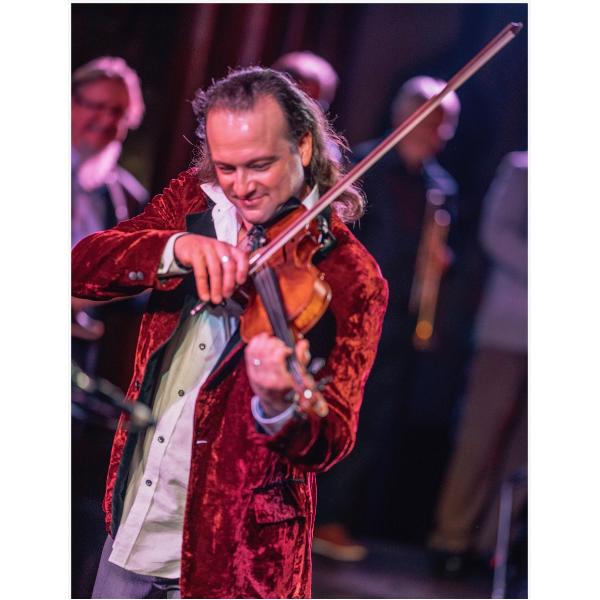 If you already purchased tickets for this show, contact us at info@laketheatercafe.com for any refunds.
These are difficult times for artists. If you would still like to show your support, know that the entirety of your ticket purchase goes to the artists.
Thank you for your understanding during these uncertain times. Keep listening to the music you love, and hopefully soon we’ll be able to bring it back to you in person.
more less 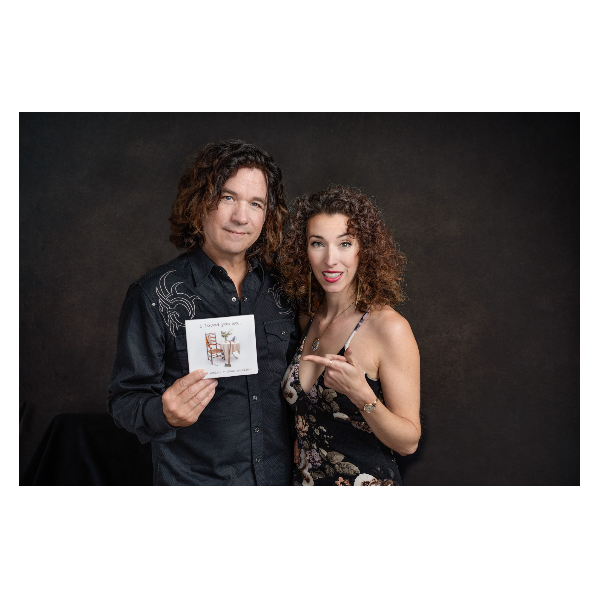 The artists have postponed this concert to when we can celebrate their album’s release together.

Julie Amici & Dean Mueller will be celebrating the release of their CD "I Loved You So..." at Music Mondays at Lake Theater & Cafe on April 20th. Three singles for the CD have already been released and the CD is due out on April 10 2020. The show will open with a set from Adam Scramstad who will be perform many tunes from his forthcoming new album “Its A Long Way To Go”.

The rest of the band will join Julie and Dean as they feature songs from the CD, an old-school Americana CD described as a thick, low-simmering stew of blues, folk and country peppered with subtle hints of jazz and gospel.

What People are saying about "I Loved You So..."

"Nestled comfortably in the soles of old-school Americana, the kind of music that they create transports listeners into home-sewn stories of family, life, and love...." - For Folks Sake 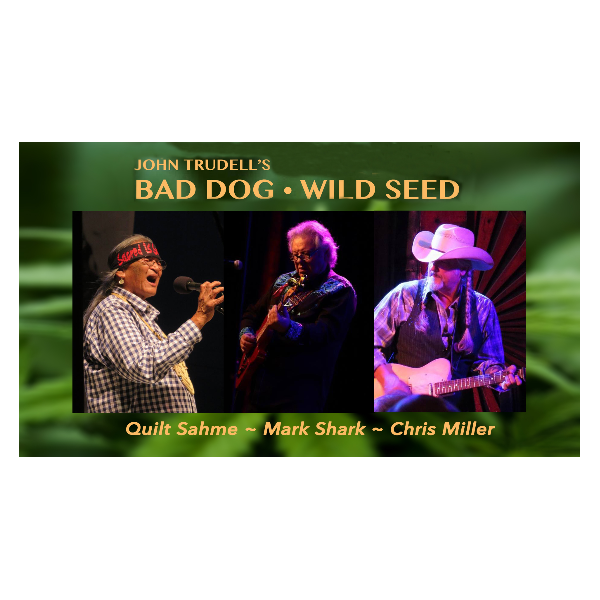 The artists have postponed this concert to when we can celebrate their album’s release together.

The show will feature Internationally acclaimed Pacific Northwest based Artists: Quilt Sahme ~ Mark Shark ~ Chris Miller (Jackson Browne, Bonnie Raitt, Taj Mahal, Dave Alvin)
The record was produced, recorded and mixed by accomplished multi talented studio owner Gene Forte at Blue Heron Studio in Lake Oswego Oregon. Wild Seed is the Band's first complete Northwest Production.
Quilt Sahme, Mark Shark, and Chris Miller will be performing songs from Wild Seed the new recording from John Trudell's Bad Dog. Wild Seed is a collection of songs from their extensive, collaborative catalog spanning the last 35 years they have spent writing, recording and touring the world together.
Learning to adapt and survive after losing their brothers visionary Santee Sioux Poet Activist John Trudell (2015) and Legendary Musician Kiowa Comanche Jesse Ed Davis (1988) Bad Dog continues to evolve ~ Keeping the messages and the music alive for future generations. Wild Seed is a reflection of the band without their muse ~ A shared conversation with their brothers and a remembering of all they left for us to celebrate and continue.
~ The Earth is our Mother and We are her Children ~
All sales final. No refunds or exchanges allowed. No wait list for sold out shows. Tickets available online until 4 pm day of the show.
more less 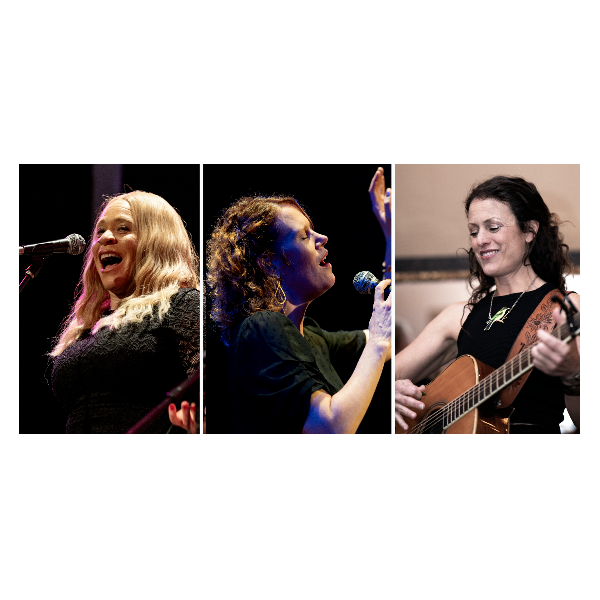 - female songwriters and the women who inspire them -

Singer-Songwriters LaRhonda Steele, Bre Gregg and Beth Wood are sharing the stage together for the first time to take on the music of their heroes—the women who inspired them to start writing.


In addition to the music written by LaRhonda, Bre and Beth, you will hear the music of Nina Simone, Etta James, Dolly Parton, Sara Bareilles, Patty Griffin and Aretha Franklin. If you listen closely, you will hear undeniable influences shaped by hours and hours of listening and absorbing and feeling each lyric and each note of their favorite songwriters.

This show is filled with feminine brilliance! With expert support from Leah Hinchcliff (the femme fatale of funk), Dan Gildea (one of the finest guitar players in the pacific NW) and Ward Griffiths (goddess of the back beat) on drums, this show is not to be missed! 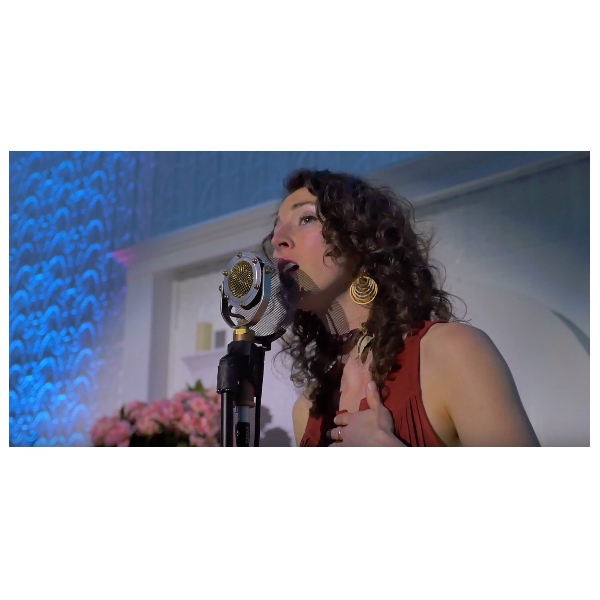 The renowned Patsy Cline tribute featuring Julie Amici has been performing for sold out crowds throughout Oregon since 2014. They are returning to the place it all started, Lake Theater & Cafe, on May 18th. The night will feature the music that Patsy Cline made popular as well as images and stories of her personal and professional life.

Julie Amici has recently been nominated "Best New Act" and "Best Traditional Act" by the Cascade Blues Association, and represented the CBA in the International Blues Challenge. She performs with Dean Mueller regularly in Portland with The Julie Amici Band. Julie brings an intimate and alluring sweet voice that melds jazz, blues, and country. With the Patsy Cline tribute, Julie returns to her childhood roots in country music and delivers expertly.

The backing band is made up of a cadre of award winning musicians, including Oregon Music Hall of Fame inductee Carlton Jackson; a national Blues Music Award nominee Dean Mueller; Rusty Blake, one of the most active and versatile musicians in the Portland country music scene, and multi-instrumentalist Paul Brainard, a veteran of the Alt-Country and Americana scene and Oregon Music Hall of Fame inductee. The combination of her lovely voice and seasoned musicians make for an inspired performance sure to bring back warm memories of classic tunes made popular by Patsy Cline. 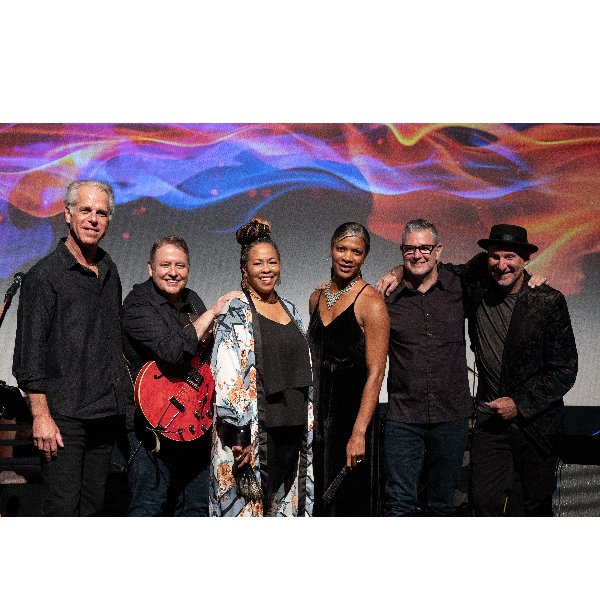 Join Donna Jones and the Delegation for unique sultry and soulful renditions of jazz classics, new jazz tunes, and some powerful blues. Donna, a Portland native with singing roots in gospel choirs, performed in musical theater productions such as "The Wiz" and "Who I Am Celebrating Me" with World Stage Theater. The Delegation’s melodic, talented and experienced life-long keyboardist is Dan Hergert. Dan actively performs for all types of events in a wide range of styles from jazz, blues, soul, and Latin, to pop, rock and contemporary favorites. He honed his traditional jazz chops as the lead pianist with the Vanport Jazz Big Band. As an official musician at Portland International Airport, Dan performs solo piano to over a million travelers every year. Jeff Davis joins him in the Delegation on drums and vocals. Jeff began his musical journey early on, first playing the piano at six. Born and raised in Denver, educated in Hawaii, and now here in Portland, Jeff has played with many groups and ensembles from London to Lake Oswego including Portland favorites Voodoo BBQ. He brings a bright, affecting mood to the rhythm and his own brand of groove, perfectly meshed with the gravelly vocals and unique style of jazz bass from James Latham. He’s performed with indie band The Frigidaires, studied with Michael Papillo of Three Leg Torso and Don Hermanns of the Oregon Symphony Orchestra, and performed with such notable local musicians as Bre Gregg of Red Bird, Lori Fletcher from Deco Moon Jazz, the No Requests Jazz Trio, Scott Denis’ Ten String Blues, and now lays down the rhythm for Donna Jones and The Delegation. 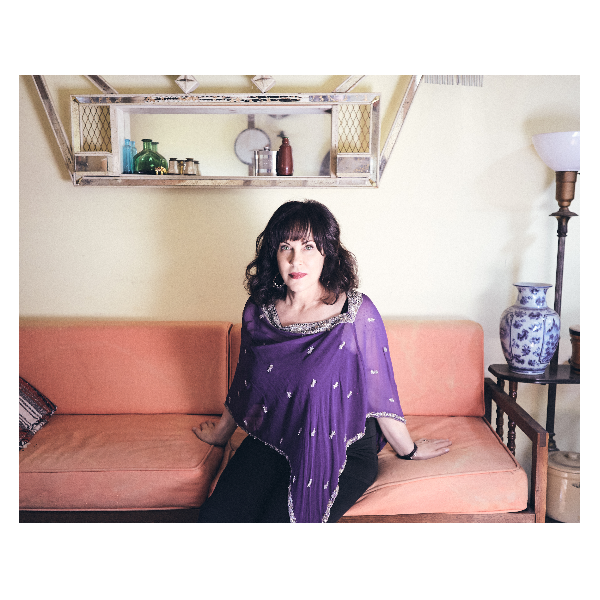